Is Diving off the Fiscal Cliff a Good Thing?!?

Why They Want to Cliff Dive

Kevin Cook here to close out 2012 for Steve…

The past few weeks have appeared to be a clever game of negotiation tactics. Start with a big demand that’s far away from what the other side will agree to and hope to wring the biggest concessions. But, if you look at the back-and-forth and blame leading to nowhere, a much different reality surfaces.

Both sides have actually had big incentives NOT to get a deal done. GOP members don’t want to be seen within a mile of anything that even smells like a tax increase — even if it’s really just extending tax cuts for most, but not for the top 0.5%. They would much prefer to let the automatic expiration occur and then work for new tax cuts next year.

And the Dems get their big de facto tax hike and defense spending cuts without making compromises on Medicare. They too have the opportunity to look like heroes when everyone comes together for a middle-class tax cut. It’s not that no one was ever bargaining in good faith; it’s just that there were too many issues all at once for a manageable deal to even be conceivable.

Bottom line: Stocks are close to pricing-in a lot of this political failure and brinkmanship. If no last-minute deals are cobbled together, this last day of the year will likely bring another round of selling.

But since a new playing field with new incentives exists on the other side of tonight’s Cliff, the chances to prevent a recession are numerous, manageable, and conceivable. And S&P 1375 will be a place to add to portfolios in that view of reality.

One pick incorrect but most good. The kick is good!

Collegiate bowls kickoff in just ten days. Mic and Ike are ready to win payoff$ thanks to the Vegas odd$makers’ poor judgments.

The Duck-Irish match they were hoping for just ain’t happening. In fact, most games are mismatches.

Out of 35 college football bowl games, six happen on January 1. Upsets are looming on January 1, 4, 5, 6, and 7. Undefeated Notre Dame was selected as the oddsmakers’ underdog in the BCS Championship. Go figure…

The Fighting Irish, Bulldogs, Spartans, Aztecs, Wolverines, and Hilltoppers have become ripe picks. Here is what “All Mic and No Ike” are thinking:

Pay us for this information.
If we are wrong, you get your money back.

These are not Dailey’s scienific achievement rankings

During every season, open our eyes to the peace we have with You.

O Jesus, there is so much evil in this earthly world. Deliver us from evil and help us maintain our sense of humor even when times are very tough.

Have Yourself a Merry Little Christmas Night 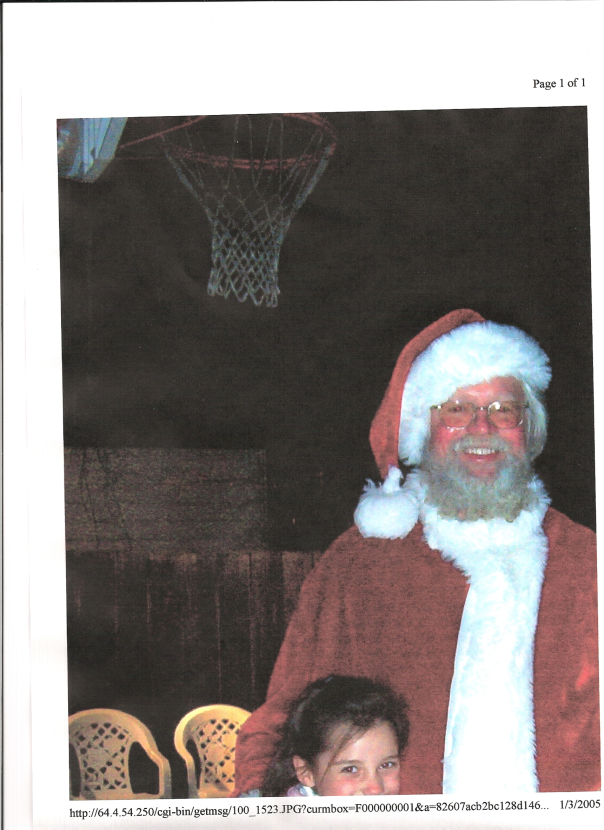 2012 is drawing to a close with all its trials, triumphs, and tragedy.

If you’re like some of the readers who write in to us every day, you rely on Nation of Change to bring you the best in truthful reporting and independent thinking.

You believe in an organization that does more than talk the talk, but one which stands on behalf of the people and against the murderous, destructive forces of greed and corruption.

If you rely on Nation of Change make a 100% tax-deductible donation now, and show your support for independent, fearless journalism and activism.

Thank you for supporting our USA Union!

Wishes for a Stress-Less Christmas

I couldn’t wait to hang up the phone! She could hardly catch her breath as she spewed everything that was on her “holiday” to do list. I envisioned her in a cyclone of wrapping paper and unwrapped boxes swirling around her body, dollar bills being sucked upward into the blissful holiday abyss above her head and her with a look of stress and panic on her face!

I quickly hung up the phone and took a deep breath. Thankful I was not caught up in holiday drama this year.

Isn’t it ironic, that while most people are striving for holiday perfection, hoping to create a magical, memorable holiday, they actually end up creating the exact opposite for themselves and those around them?

I learned a long time ago that preparing for the holidays quickly turns into a cesspool of unrealistic expectations, disappointments and drained emotions if you’re not careful.

Holiday stress and depression is very real. It takes a toll on the body’s immune system and many times we find ourselves sick at the most celebrated time of the year.

The good news for you is it’s not too late to reclaim your holiday sanity! A great place to start is by acknowledging your feelings and making a decision to enjoy your holiday by putting less stress on yourself.

If you are feeling overwhelmed, be realistic about your goals and your commitments, and then decide what you can realistically accomplish without making yourself sick. It’s ok to cross some things off your to do list. You don’t have to be perfect, your house doesn’t have to be perfect and you don’t have to find all the perfect gifts! No one will know if you’re perfect or not, so you can let go of that illusion and realize that YOU are the only one keeping it alive.

One thing you can do to make it easier on yourself is to set a budget and stick to it! Those unwanted bills that show up in January can create more stress for you which can be easily avoided if you plan ahead.

Holiday memories aren’t created with gifts; they are created by spending quality time with loved ones. Gifts will come and go over the years and most will be forgotten, so don’t get caught up in the need to please others with gifts.

Another important reminder is to set your boundaries. While spending time with relatives and guests is something we all look forward to around the holidays, we also know there are those who will tend to push our emotional buttons. It can be a whirlwind of too much togetherness, so remember to set your boundaries and strive to find a balance of bonding and alone time!

Another time saving idea is to have a holiday buffet instead of trying to make the meal of the century. Ask your friends and family to contribute to the meal. A buffet of everyone’s favorite dishes will be more rewarding than slaving in the kitchen for days before the event.

Finally, you must allow time for yourself. You must remember to say “NO” to requests and events that leave you little time for the things that are most important to you. If things don’t get done, don’t beat yourself up. Find a way to relax and find your “happy holiday place”. Maybe a cup of herbal tea and some Christmas music in a room illuminated only by soft Christmas lights. Or a classic Christmas movie with the family and hot chocolate would also make for a cozy winter night.

There are many ways to calm that inner holiday storm and I challenge you to find a new way of celebrating this year that leaves you fulfilled, relaxed and full of new memories for 2012! Some people find helping a family in need or charity can be very rewarding. Other families choose to help others who are less fortunate in lieu of buying gifts for family members. There is nothing better for the soul than giving unselfishly!

If you are still finding it difficult to relax, I have created an EFT tapping script for the holiday season that may help you! Remember to change the words to fit your personal situation so it resonates with you!

“Two Flew Out of the Seagulls’ Nest” – (the opening scenes)

Episodes of a screenplay written by D. A. Dailey in Northern California…

Opening Scene: It is a sunny, quiet morning. The first scene looks upon a tall glass building that has a mirror reflection of a pristine lake and lush vegetation and landscaping. Birds can be heard singing and chirping in the distance.

All of a sudden, a crow crows aloud.

There is no traffic of any kind. As the opening credits end, there is some noisy commotion on the other side of the glass wall at the parking lot level.

Suddenly, two plain-clothed security officers throw one well-dressed elderly man out of the building past the sidewalk onto the driveway pavement. SECURITY GUARD: “Get away from here! You are no longer welcome. Do you understand us? Don’t ever come back! ”

The pedigreed bulldog runs to his master and licks his face as he struggles to get up. The old man brushes his suit off and they start slowly walking away, whistling, and the casino-hotel’s neon sign is brightly flashing in the background.

FADE OUT – With a view of the sign: “Always a Terrific Time at Texas Jack’s”

FADE IN – Another early morning scene along a city’s residential area. The Sun is rising into a beautiful partly cloudy sky. The man and his dog are going through garbage cans left out the night before looking for recyclable cans, useful items, and other valuables. BUCK says, “Look Teddy! This is practically a new dog bed.” Teddy shows great favor with the new find. Buck struggles with the three bags of aluminum cans they have picked up.

Suddenly, a woman in a security guard uniform comes out of a glass entry door to question the duo. POOPSIE: “Hey! Hey, you! What are you doing outside the gate so early in the morning?”

BUCK (is stunned and surprised) “Huh?”

POOPSIE: “Get back inside. Right away!” Teddy the dog runs toward Poopsie who has a pound of bacon in one hand. Buck runs after his dog. POOPSIE: Hurry dude, I need to finish cooking breakfast! ” The dog runs inside with Buck falling over on his knees unable to catch him. Once the three are inside the building, Poopsie locks the door. FADE OUT – to “Jailhouse Rock”

FADE IN – Next thing, Bulldog Teddy and Buck experience A DIFFERENT WORLD in the “naked city” (a place with a million stories). The lights are out on the opposite side of the room where eight people are silently eating their breakfast.

On one side of the room is a group of eight chatting around a table with such bravado that more than one person speaks at a time. A loud comment is overheard by obsessive-compulsive BABE “If you keep eating all this muffin and pasta stuff, you’ll get so fat that you will end up sitting on top of everybody’s lap.” (laughter from more than a half dozen clients directed at poor Zeke). Outside on the back patio, more people are having breakfast. Teddy grabs others’ attention and begins successfully begging.