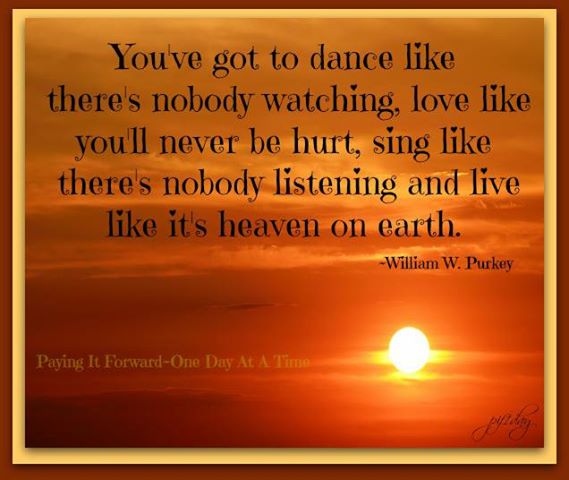 Although this saying has also been attributed to others, W.W. Purkey popularized it. He concluded his speeches with this inspiration – – –

Who is the author? You might think it came from a psychologist – not so.

Purkey received his bachelors, masters, and doctorate from the University of Virginia. During his career, he received awards that included the University of Florida “Award for Instructor Excellence”, the Standard Oil Foundation “Good Teaching Award”, and the “Outstanding Teacher Award,” presented by Omicron Delta Kappa, National Leadership Honor Society. In 1997 Purkey received the “The Board of Governors Award for Excellence in Teaching” given by the UNC Board of Governors. In 2005 he received the “Excellence in Education Award” from the Royal Conservatory of Music for his work in learning through the arts.

An active writer, Purkey has written nearly a hundred professional publications and more than a dozen books. Most recently, he co-authored Fundamentals of Invitational Education with John Novak and From Conflict to Conciliation: How to Defuse Difficult Situations with Novak and John J. Schmidt. Other authors, such as Novak have expanded the application of invitational theory and practice.

Whatever the origins of the phase…
what great English words to live by!

Posted in Humor, Music & The Arts, Spirit, Sport and Recreation