A southbound train struck a person on the tracks at about 4:20 p.m. near the 22nd Street station in San Francisco, Caltrain officials said Friday afternoon.

Emergency personnel are at the scene, according to Caltrain officials. Officials said the person was on the tracks illegally.

The train has about 400 passengers on board and trains in both the southbound and northbound directions are stopped due to the collision, according to Caltrain.

Caltrain would not say anything about this more. 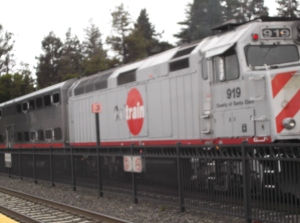 About Max's Scout Services and Communications of the Americas, LLC

Leave a Reply to Max's Scout Services and Communications of the Americas, LLC Cancel reply