Is the End of the Long, Cold Economic Winter Near?!?

Originally written in 2009, most of this stands true today. 2012 is an election year, therefore improved political action may be another seven months away.

Our “pandemic socioeconomic winter storm” has been adversely affecting everyone’s’ lives. This economy is faring the worst in over sixty years.  The American Financial Empire has crumbled to “The Yellow Dragon.” We are accustomed to winterlike conditions changing into spring weather.

In the interest of both the long and short-term,we’ve come up with 12 action items. Everyone, particularly business leaders, must take heart in each principled commandment:

1.      Thou shall rebuild and maintain a solid, concrete economic foundation.

2.      Practice transparency, honesty and ethics in all business dealings.

6.      Inject “new liquid” into the U.S. economy that left off-shore during the last five years.

7.      Keep foreign capital invested in the U.S. by establishing a new solid economy that would be hard for them to leave.

9.      Income for new capital may be healthy and small, yet more solid and less risky!!

11.  Return back to ethics in Corporate America  in order to restore the comeback of the international economy.

12.  Watch American consumers come back to “made in America” products to further solidify the new American economy. 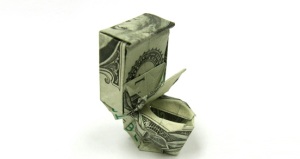 This essay and the accompanying “Twelve Commandments” were written in 2009. It bears repeating more than two years later.

The United States is still suffering the coldest, longest winter in decades.

A genuine warming of our economy will arrive after technologists and savvy managers innovate, innovate, and innovate. Dan Dailey of Marathon, Texas, urges innovators to take lessons from Economist Joseph  Schumpeter, who coined the term “creative destruction” for a recession, and be very active like American farming families practiced during the slow winter growing season.

The realities have been frightening. Imagine, losing 30 to 50 % of your retirement fund value in a matter of days and weeks. Foreclosures have been a nightmare for millions since the winter of 2008-10 started early November first of 2008.

The winter fiscal season has exceeded its Julian calendar limit. May Day is here already. Millions of Americans, thousands of small businesses, and dozens of large corporations are likely to experience a May Day of their own.

American history has taught us that taxation without representation is tyranny. Is it not time to consider implementing a national 10% flat income tax?

Perhaps you have seen frozen faces going shopping with cold words in their mouth, reluctantly speaking about how much they lost in their 401k and savings accounts.

Have you known about banks and other financial institutions with frozen words which do not speak about the total truth of their bad loans and their own toxic assets? They now are afraid of investors pulling out their money and other support. Banks are cold, frozen by not offering loans to honest people and businesses.

America is plagued by a cutback in retail and wholesale sales, unemployment in double digits, slow repayment of debt, bankruptcies, foreclosures, repossessions, and frozen economic progress.

The United States is in the middle of an economic dilemma. After eight years of the George W. Bush Administration, his country has spent over a year of Recession (it was not until November 2008 that the President used the “R-word” publically) and is faced with a looming Depression and huge federal spending deficit.

The Obama-Biden Administration gives citizens some hope of relief but it could take at least three years to reach an economic recovery. Depression may precede any recovery. 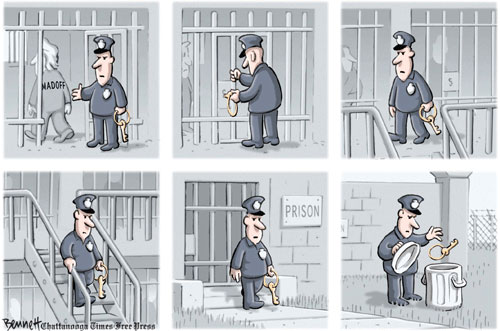 These truths were written during the extra-long Winter of 2008-10. Twelve commandments necessary to consider in order rebuilding the American economy are postulated. Everyone, particularly business leaders, must take heart in each commandment.

After eight years, yes in only eight years of a Republican (“economically conservative”) executive branch of government, the U.S. has experienced a decline. New and recently elected political representatives are faced with a major challenge.

The American Financial Empire has crumbled. The global economy has fallen along with U.S. fortunes.

International opinions of the U.S. are poor. The military-industrial complex has gone amuck. Americans are viewed overseas as ugly. 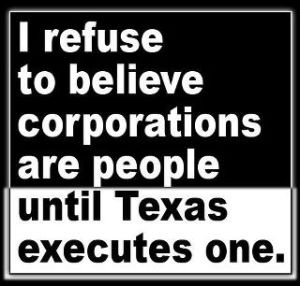 Foreign investments and economic support have nearly vanished. Even the Russians and Chinese are feeling a pinch. This season has brought on a “deep freeze.” One Russian family in the tight-knit neighborhood of West Menlo Park, California, community is thinking of moving back to Europa.

Neighbor Shlomo is at wits-end with his personal investment portfolio. Many neighbors have lost large percentages of their retirement funds during the summer and fall months of 2008! The “little guys” have been caught in the middle of Corporate America’s misdeeds.

For every Bernie Madoff there are dozens of mini-madoffs with their ponzi schemes. This is another iceberg that has stopped the American economy from flowing.

It is criminal the way brokerage firms, reinsurers, banks and other financial institutions have behaved. Then the car manufacturing companies are failing and begging for federal aid.

The United States is already heavily in debt. As of Christmas 2008, the federal debt is approximately 7.150 zillion dollars. By April 2009, the annual trade deficit was over 11.5 trillion.

Dateline: April Fools’ Day 2009: The State of California budget is in the hole more than 20 billion dollars. California has been talking about paying creditors with IOUs. San Mateo County, California, is facing an 11 million shortfall.

The City of San Francisco must take immediate action in light of its 2009 budget crisis. Community services and the quality of city life must be curtailed or eliminated.

Let us take a close look at these twelve “commandments” and figure out a better course of action.

Who first used the line, “Hope springs eternal?” Hope makes David’s top ten things in this world that The Lord Almighty has entrusted to mankind on Mother Earth.

Fear, selfishness, human pride, etc. –  I am thinking that The Devil himself presents and embellishes among mankind. I get sick to my stomach just thinking about this stuff.

American forefathers founded the United States of America in-good-faith. On our currency it is written, “In God We Trust.”